A game of two halves for Vikings

The Minnesota Vikings finally won their first game of the season on American soil last night, overcoming the Washington Redskins 34–27 at the Metrodome to go 2–7. The game featured a rejuvenated Christian Ponder, who threw for two touchdowns and just four incompletions all night, but it was the Minnesota defence that showed the most improvement from their final-minute defeat to the Dallas Cowboys last Sunday.

Well, it's not like no one saw it coming, but the inevitable has been confirmed. José Mourinho has been confirmed as Chelsea's 11th manager of the Roman Abramovich era (if you don't mind the Grover Cleveland-esque custom of numbering his two spells separately).

Manchester United and Real Madrid: a match made in heaven 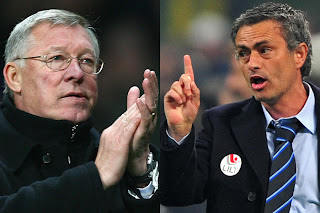 When Manchester United drew Real Madrid in the round of 16 of this year's Champions League, many marked it out immediately as the tie of the round. Real manager José Mourinho even went so far as to say that it was a match better suited to being the final of the competition than to decide who reaches the last 8.